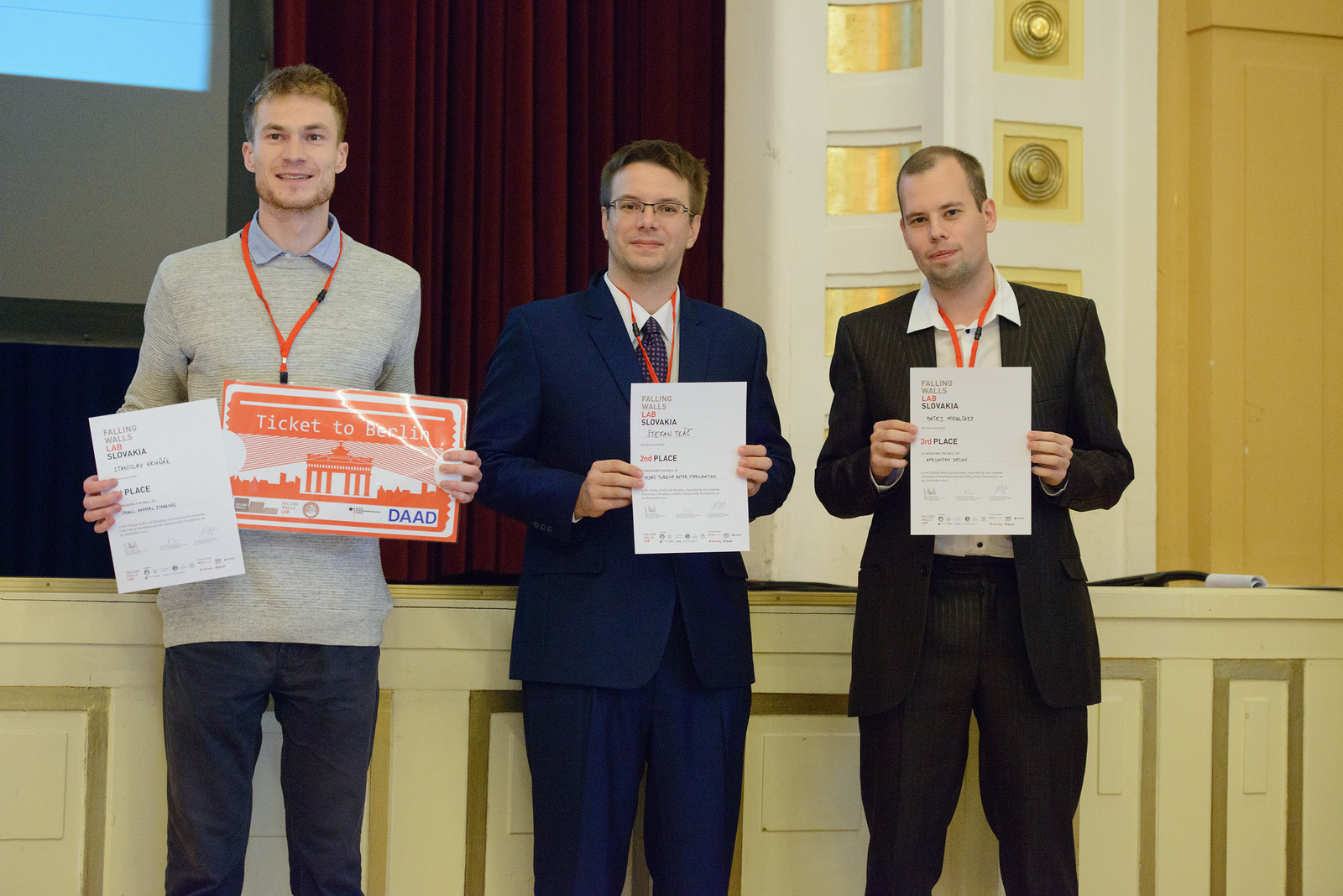 Eighteen researchers in the area of medicine, mathematics or technology had an opportunity to present their research each in the span of three minutes before a jury of experts. The Slovakian round offered a solution of various, primarily social-wide questions in which medical subjects have been dominating – for example DNA, cancer detection, mitochondria state diagnostics, treatment of tumors or diagnostics of early stages of breast cancer.

Stanislav Hrivňak of the University of P. J. Šafárik in Košice became the winner of the pilot Falling Walls Lab Slovakia (FWLS) event that was an accompanying event to the European Night of Researchers 2017. Second place was taken by Štefan Tkáč and third was clinched by Matej Mikulszky , both of Technical University in Košice.