On Wednesday, 28 November 2018, the University Library of the Technical University of Košice (TUKE) was filled with the aroma from Vietnamese cuisine. This exotic Asian country was presented by FPT Slovakia, based in Košice since its establishment in 2004. The event was preceded by a meeting of company representatives with the University management (the Rector, prof. Stanislav Kmeť, and the Vice-Rectors, prof. Anton Čižmár and prof. Vladimír Modrák), which resulted in the establishment of cooperation also with the FPT University. Students from Košice can thus gain the opportunity to study directly in Vietnam.

The event "Taste Vietnam" began at 2pm. and filled the library conference hall. Vietnam and the company were presented by executive directors of the Slovak branch, Mr. Tran Coi and Mr. Olaf Baumann. "The aim is to show life in FPT and bring more people from the West to Asia in order to create a truly global team of talented people. In addition, within the next three years, we plan to double our team in Košice, which currently employs around 260 people," told us Olaf Baumann.

During his second visit to Košice, the Executive Vice President of FPT Software, Tran Dang Hoa, also arrived to the university campus to present Vietnam. "Vietnam is a growing country whose gross domestic product grows annually by about 7 percent. As students can discover, it has really good food, rich culture and beautiful nature, therefore it has much to offer. We are building a strong global organization and therefore we are looking for talented people here in Košice."

The FPT representatives greeted the full conference hall in the Slovak language and introduced the company in a short video. Students had the opportunity to ask questions and they were wondering, for example, why the company decided to open a branch in Košice. "When we were looking for a new location, Turkey was another option, but it is here where we found young ambitious people with talent. That was decisive." explained Tran Coi, the Executive Director of FPT Slovakia. "I think that our nations have much in common - people are nice, friendly, and hardworking, and when they have to work in a team, they really form a team. We want to create more teams and bring people together also by our offer to travel to Asia."

Students could also listen to the speech of Joseph Vojtko, the Vice-President of the Slovak branch of FPT. He recalled how he himself at their age was thinking just about leaving after graduation.

While the FPT representatives and employees enjoyed the successful event, the students enjoyed exotic tasting. Especially two of them were really happy. At the event, FPT was handing out tickets to those who correctly answered questions about the company. The students could learn more about the company earlier, in the promotional video; it was enough just to pay attention and not be afraid to speak out. 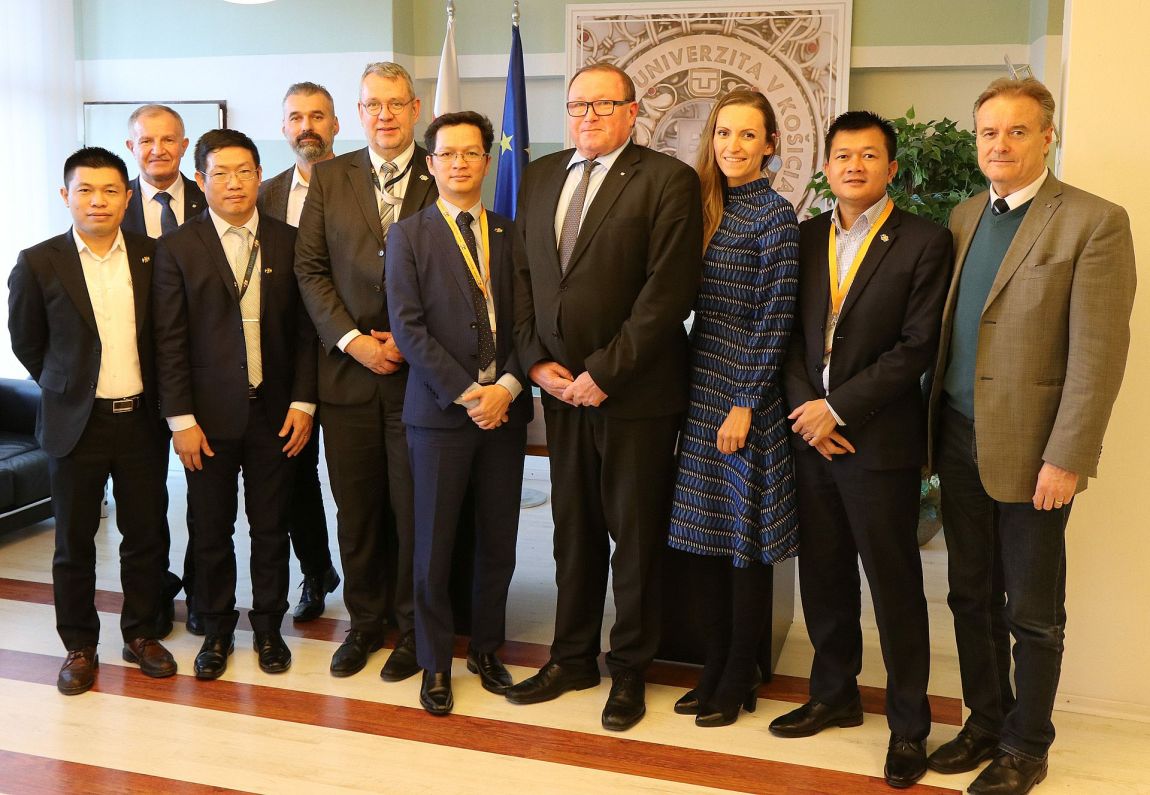