RTVS Series on the Velvet Revolution in Co-operation with TUKE

These days, RTVS (Radio and Television of Slovakia) is broadcasting a documentary series ´Fetishes of the Velvet Revolution´, which is a follow-up of the popular series ´Fetishes of Socialism´ and ´Fetishes of Television´. The premiere five episodes describe the period which changed the lives of people in the then Czechoslovakia with a detached view and without pathos. The first episode was broadcast on RTVS1 on Thursday, 17 October 2019 at 9:30 pm, and the other episodes were screened on following Thursdays at the same time. The Technical University of Košice, which was at the time one of the centres of revolutionary events in Košice, also co-operated in the filming of this documentary series.

More information about the project:

What were the symbols of the revolution? What banners and posters flooded the streets? Where was the revolution being prepared and how was the information about it spread? All of these questions will be answered in the Fetishes of the Velvet Revolution series through the stories of people who stood in the squares in the freezing weather. Matej Landl, Ady Hajdu, Milan Kňažko, Eugen Gindl, Iveta Malachovská and Zuzana Mistríková, as well as other personalities who were not so well known to the public, will share their experiences in the documentary series.

„The creators of the series focused on some major aspects which the November events from 30 years ago brought. For example, in the ´School, the Foundation of Revolution´ episode, which RTVS broadcasted on 31 October, they recalled the very beginning of the Velvet Revolution and the roles of students in it," said Mária Šnircová, the RTVS script editor. 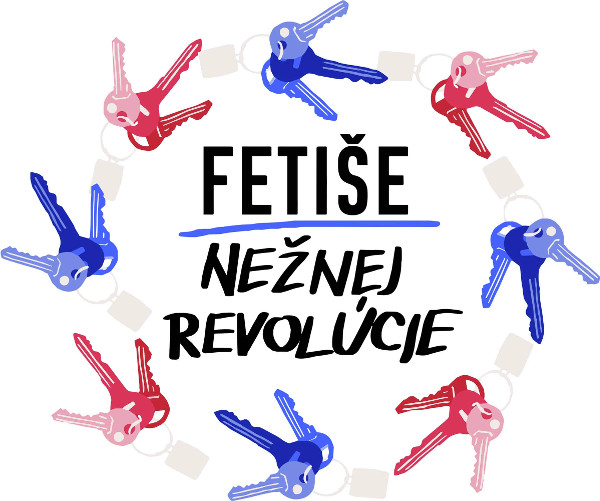